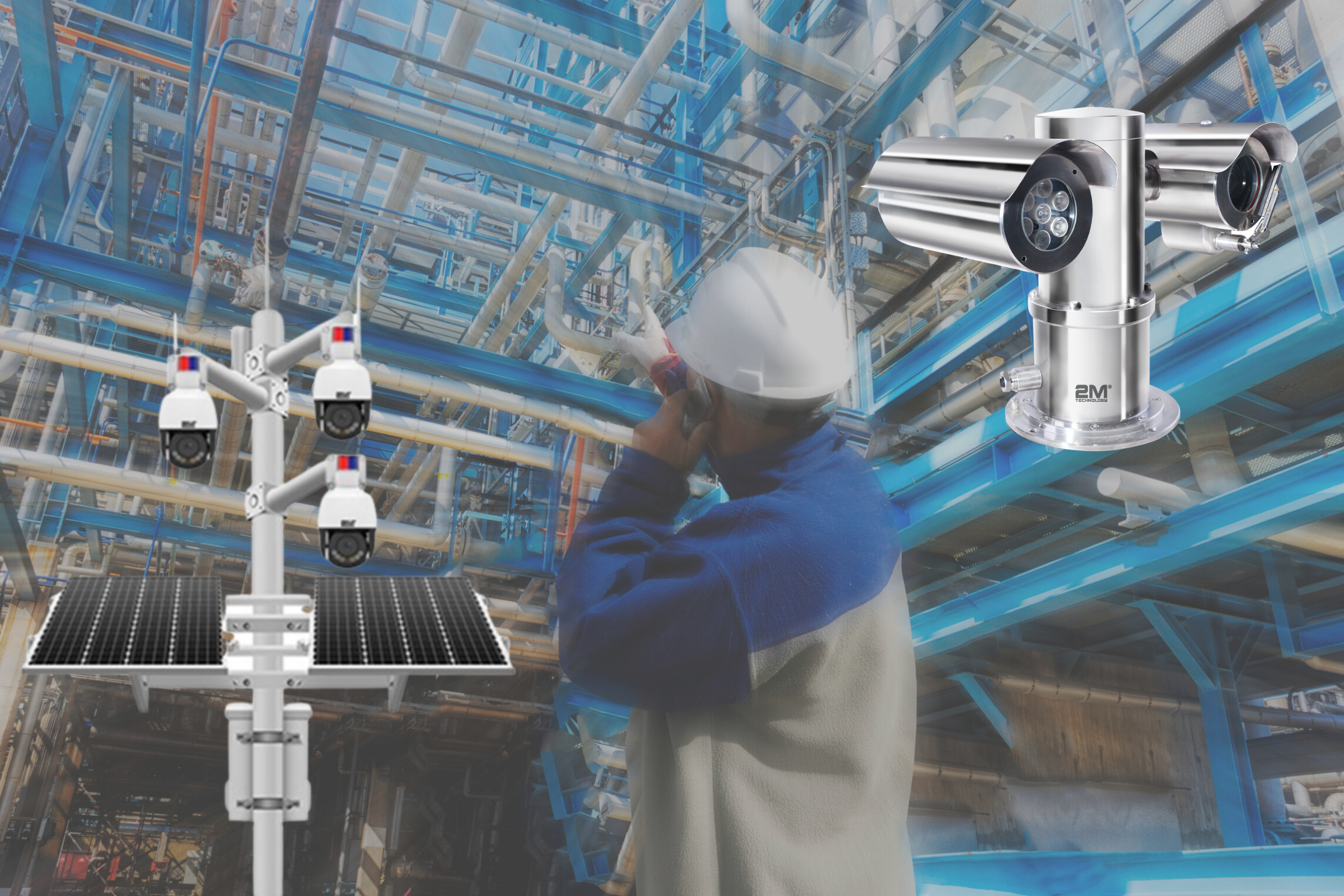 Like any other business, the oil & gas industries need to protect their assets and property. The equipment that are used in these facilities are highly specialized and can cost millions of dollars to replace if stolen. Not only that, these industries are heavily scrutinized by environmentalists and their facilities can be subject to vandalism and civil protest. Video surveillance is a necessity for these industries to monitor for theft and other suspicious activity.

Video surveillance is not only needed to protect the assets of the company, but to protect the country as well. In the United States, companies that handle hazardous chemicals have to comply with the rules set in the Chemical Facility Anti-Terrorism Standards (CFATS). This requires companies to “have security measures in place to reduce the risk that certain hazardous chemicals are weaponized by terrorists”. Even though CFATS does not explicitly define what kind of security measures companies should use, many companies utilize video surveillance in their security plan. Besides monitoring for terrorist threats, video surveillance proves to the government that they are taking efforts to mitigate this risk.

Video surveillance is not just being used for security, but to allow companies to monitor their operations from a safe distance. The oil & gas industries deal with hazardous and highly volatile chemicals. These industries are necessary, but the workers that are working in these environments are at high-risk of injury and accidents. However, some risks can be minimized with the help of video surveillance. Video surveillance allows companies to monitor operations in real-time from a distance without having to sacrifice the well-being of their employees. For example, if a facility is using a gauge to monitor the level of toxic gas, sending an employee to check the gauge every hour is risky because they could be exposed to toxic fumes or get caught in an accidental explosion. Instead, an explosion-proof camera can be installed near the gauge so that workers can check without having to be exposed.

The facilities that process the oil and gas are not the only places that need surveillance. The pipes that carry the oil and gas to the facilities also need monitoring to ensure that everything is running smoothly and nothing is damaged. However, there are about 3 million miles of pipeline that span across the United States and it would take an enormous amount of manpower to monitor this entire distance. Additionally, some of this pipeline extends into open waters and is inaccessible. As an alternative to hiring security guards to drive out to these remote areas everyday, solar trailers with CCTV cameras can be deployed so that employees can monitor everything from one central location.

Oil & gas are critical industries because much of our society depends on these two things. Without these industries, we wouldn’t have electricity in our houses or fuel to drive out cars. But since our society is so dependent on these industries, they are facing pressure to increase efficiency and productivity. One important driver of efficiency is seamless communication and collaboration between all key players and departments. However, oil & gas industries are complex and their operations can span different countries or even in the air or sea. Video surveillance allows these industries to keep an eye on all of their operations in different locations in real-time so that they can synchronize their production and improve their efficiency.

For any questions, be sure to visit our website or call our sales team at 855-506-8428. You can also email us at sales@2mtechnology.net or connect with us on social media
Facebook
YouTube
Instagram
LinkedIn
Tumblr