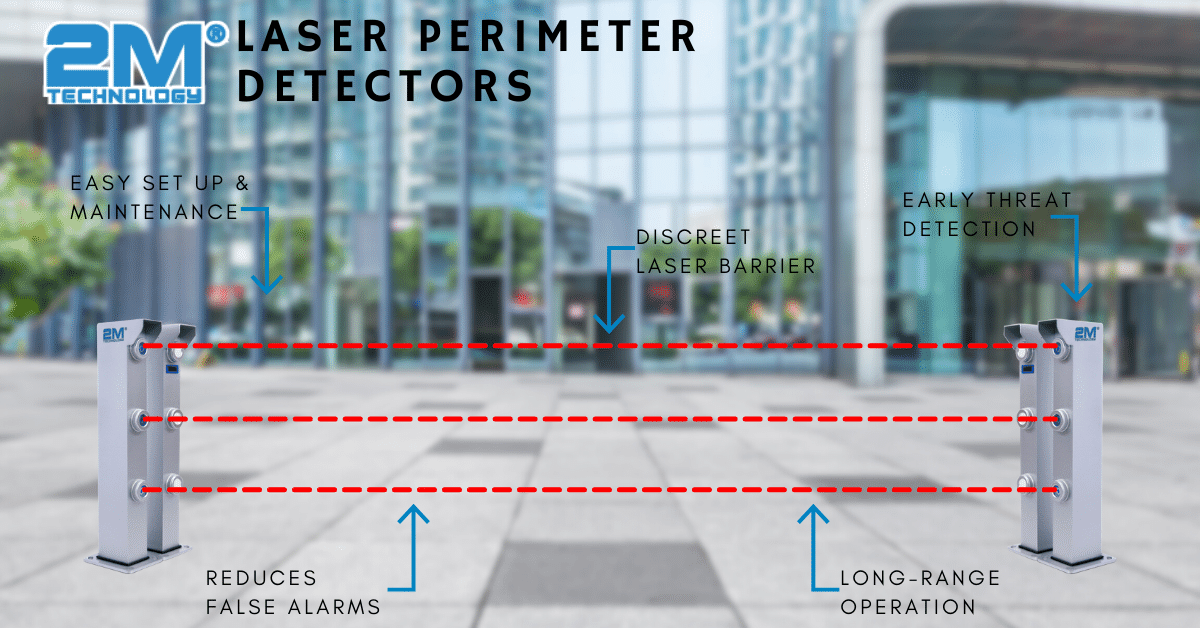 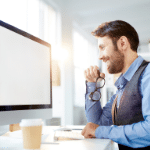 If you’ve ever watched a spy movie (like Get Smart), then you might be familiar with the typical scene of the hero having to skillfully maneuver his way through a barrier of laser beams to gain entry into the villain’s headquarters without being detected. While these kinds of movies tend to concoct unrealistic high-tech gadgets for the sake of entertainment, utilizing lasers to detect intruders is a real technology that exists. And even though its usage was mainly limited to governments in the past, laser perimeter detectors are becoming more common in a multitude of places.

Laser perimeter detectors consist of two identical-looking components: a transmitter and a receiver. The transmitter will shoot out continuous laser beams that will reflect off of the light sensor on the receiver. When in use, the transmitter and receiver will form a wall of invisible laser beams. If anything breaks the laser beams in between the two components, an alert will be triggered. For this reason, this type of system can also be referred to as a laser tripwire or a laser fence.

But besides detecting intruders, the laser perimeter detectors can also pinpoint their exact location. When someone or something disrupts the beam connection, the laser light will reflect off of them. The system can then configure the location based off of the total amount of time it takes for the laser light to travel from the object back to the sensor. If the detector is integrated with a PTZ camera, the camera will be able to know exactly where the detected intruder is to point their lens in that direction and track their movement.

Why Use Laser Perimeter Detectors?

Another advantage of perimeter laser detectors is that they are more accurate in detecting threats. The issue with using motion detectors is that false alarms can be easily triggered due to small objects or changing weather conditions. For laser perimeter detectors, weather doesn’t have much of an effect on their performance because they utilize multi-echo technology to filter out any environmental noise. Additionally, the height of the laser beams can be easily adjusted to avoid being triggered by small animals. But even if a false alarm is triggered, the integrated camera will be able to show what set it off without requiring an in-person investigation.

Besides being more effective, laser perimeter detectors are more convenient. There’s no extensive installation process; the poles just have to be put into position and aligned with each other using a laser alignment tool. They’re extremely durable but easy to maintain since they do not require any disassembly. In addition, they’re designed to withstand harsh weather conditions and are not affected by strong light interference.

Laser perimeter detectors are versatile and can be used in any place that needs effective but discreet perimeter security such as:

Here at 2M Technology, we offer a wide range of laser perimeter detectors to suit any environment or purpose. In addition to our regular detectors, we carry military quality detectors and explosion-proof detectors for hazardous industries. Our detectors are available in a variety of sizes and ranges so you can get the perfect perimeter security solution. If you’ve been searching for an effective, discreet, and convenient threat detection solution, then give us a call today!